Top
You are here: Home / Bloom News / My breasts are dense? What does this mean and should I care? 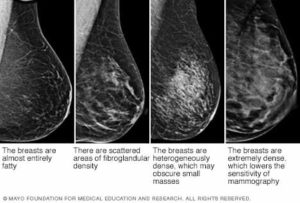